India’s Q1 GDP results were hotly awaited but stayed behind expectations on Friday. The preliminary year-over-year quarterly growth of 5.8 percent marks a five-year low and cost India the title of fastest growing economy in the world (at least for the time being). In Q1 of 2019, China grew its economy by 6 percent and therefore faster than India, which had been ahead of China for two years.

Expectations for economic reform were already high but are now putting heightened pressure on newly re-elected prime minister Narendra Modi of the Hindu nationalist party BJP. Another problem that plagued Modi’s campaign, high unemployment, was also confirmed in the first quarter at 6.1 percent after recordkeeping was overhauled.

All eyes are now on the Reserve Bank and whether it will provide a stimulus as part of its monetary policy review to be released Thursday. 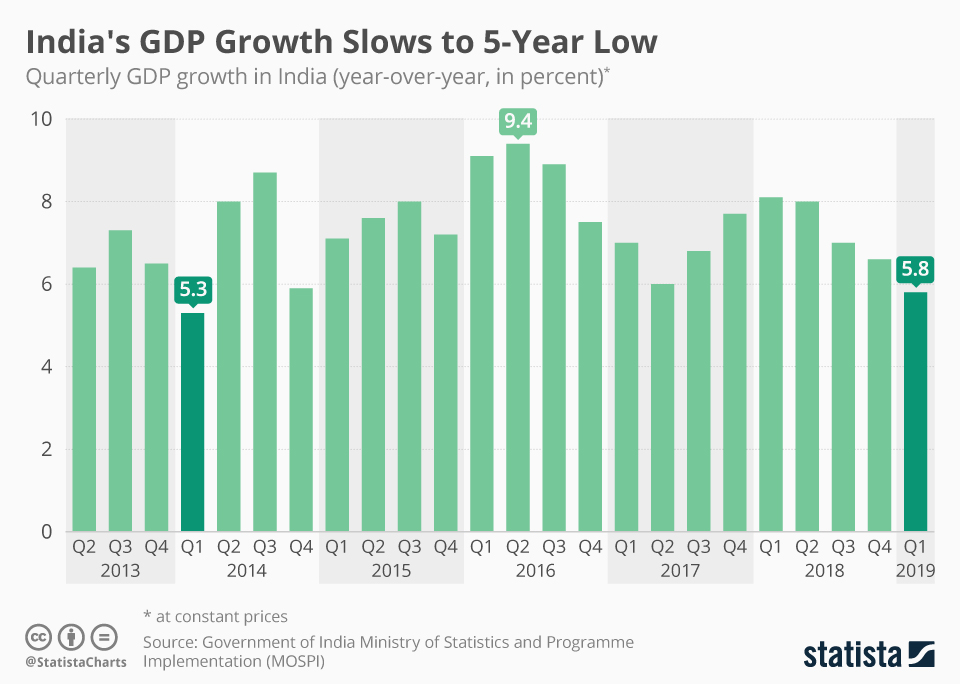