Avengers: Endgame brought in over $1 billion U.S. dollars during the first five days of its worldwide release. Endgame broke many records; it was the fastest movie to make over $1 billion dollars; it was the largest international, domestic, and Chinese box office opening; and it came in as the number one movie this weekend in 54 countries. The nearly three-hour long film blew the previous opening weekend record holder, its prequel Infinity War, out of the water, more than doubling the worldwide revenue during its opening weekend.

The Marvel franchise has made an impressive showing in the top 10 worldwide opening weekends, scoring the first, second, and seventh place spots. DC, Marvel’s comic book rival owned by Warner Brothers, has only been able to make it to spot number nine in 2016 and hasn’t made a splash since.

Movie studios have had to change their approach to production as the entertainment realm becomes hyper-fragmented, offering consumers any number of different ways to spend their time, particularly at home. While streaming services have made the small screen bigger, Disney, the parent of Marvel Studios, has shown that putting money behind big-budget fantasies can pay off in a huge way. 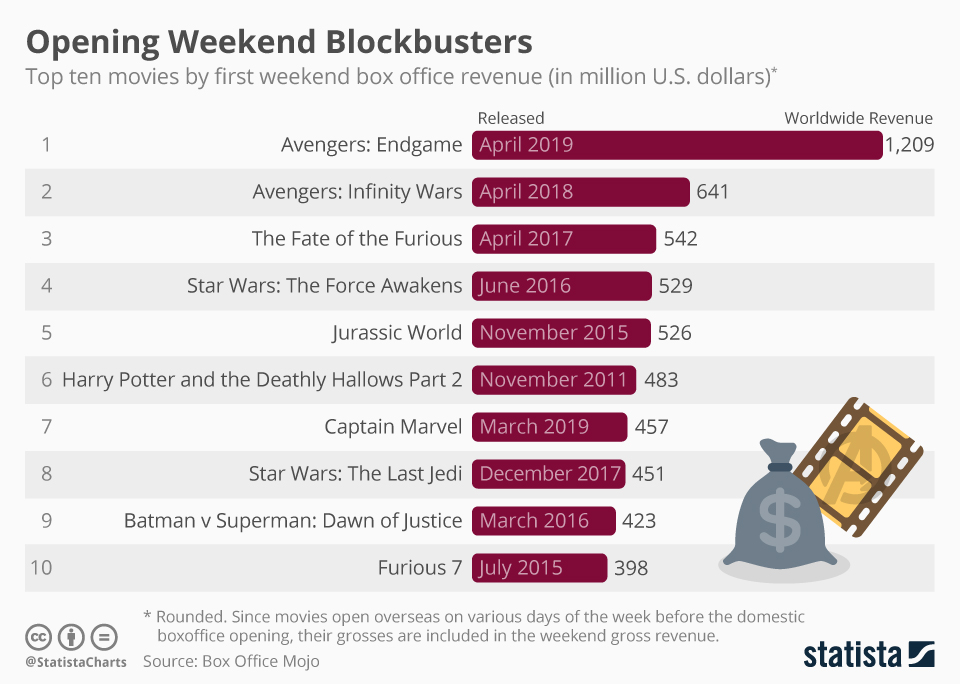